After moving from one adventure or misadventure to another, Lonnie with some friends, arrive at the mountain on Terian 4S, her new home. As fate would have it, Lonnie gets involved in another situation that leaves her floating in space alone, waiting for a rescue.

While her home is being constructed on Terian 4S, Lonnie takes a trip with her new friend M’boto to Tanzinia to visit her friend Dr. Cora and her staff. Lonnie’s friends were experiencing domestic problems, some of it terrorism.

Leona Bestolie – #3 A Side Trip

Second part to Leona Bestolie’s Life among the stars

Traveling through space for long distances was what sleep pods were designed for, to eliminate boredom. However, some preferred the challenges each unexplored section of space offered and as the crew in the Rouster proved, there were few dull moments. Now a crew of four, the women were interested in staying far enough ahead of two larger ships that were showing over protectiveness with their captains while some members of their crew saw mixing with two of Rouster’s members a relief of their boredom.

In the sequel to ‘Merkers’ Outpost,’ Lady Alexandra and Lt. Vanster arrive on Arnica in the middle of a hostile take over of the planet. Their assignment was to find hostiles from their side of the galaxy and to neutralize them in accordance to the planets laws. Major Zohra finds herself landing in the middle of a lake at a monastery with a Sha’Kar to guide her to understanding the rules of a honorable warrior by Arnica’s standards. When their paths cross again, there will certainly be fireworks…not to mention a certain dance to make them bondmates.

NOTE: This is an unedited version. When it was originally published the editor removed chapters due to the story was too long. I have added the chapters back and added more to the story, as well as pictures. If you’re sensitive to errors I suggest you purchase the published e-book version. Enjoy. Read story:

It felt like Lonnie led many lifetimes and finally she was settling down where she felt safe enough to call home, however, the call to return to space led her back to dangerous adventures she seemed to have a need for. 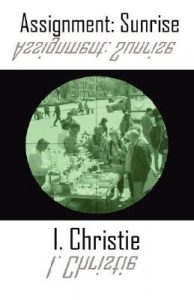 A Change of Heart

A man of wealth and arrogant in all matters of his life had the shock of his life when his only off-spring was born a hermaphrodite. Ashamed, he paid to have his child switched with another woman’s male child. When the child became an adult, both children were told of the switch as was agreed upon by the mothers. There were parties interested in keeping father and true biological son apart, but things happen.

Connie saw the mandatory draft as an opportunity to escape an unwanted life of subjugation in a cult that devalued women. Posted as a tower guard on the border wall along the frontier, she found her life was never dull. Another opportunity came her way when her air cart was shot down and crash landed on the other side of the border wall. While she recovered from her injury, she became an apprentice to a woodcrafting wisewoman, who taught her the ways of the forest and herblore in the Morwea Woods.

Stories by I. Christie unedited and edited